Wow! It has been an exciting first term for Year 3. The children returned to school in September with a very positive attitude and enthusiasm for their learning almost as if they’ve never been away.

In English we have been focusing on two genres: Myths and Legends which have been linked to our current PBL ‘WE ARE Invaders’ as well as learning about play scripts. We explored a range of Myths and Legends, created our own mythical creatures and then wrote our own Viking myths by adapting a traditional Norse tale.

We are becoming masters of place value and we applied our knowledge to addition, subtraction and multiplication. During Finance Fridays, we have explored the use and value of money and how to be  savvy consumers.

The children have studied over 1000 years of British history in 7 weeks! Starting with Roman invaders, they looked at what the Romans built and invented and made their own mosaics.  We then explored Anglo Saxon invaders finding out where they came from and why they invaded.  Next came the Viking invaders where we explored Viking fashion as well as their shields and swords.  The Project outcome involved us becoming experts in Viking long ships, Roman mosaics, Viking fashion and Viking shields and swords. We even built our own Viking long ship and did a catwalk showcasing the Viking clothes we designed and made.

We have learnt a lot about people invading Britain however we have also discussed how Britain has invaded many other countries around the world. Click here for gallery 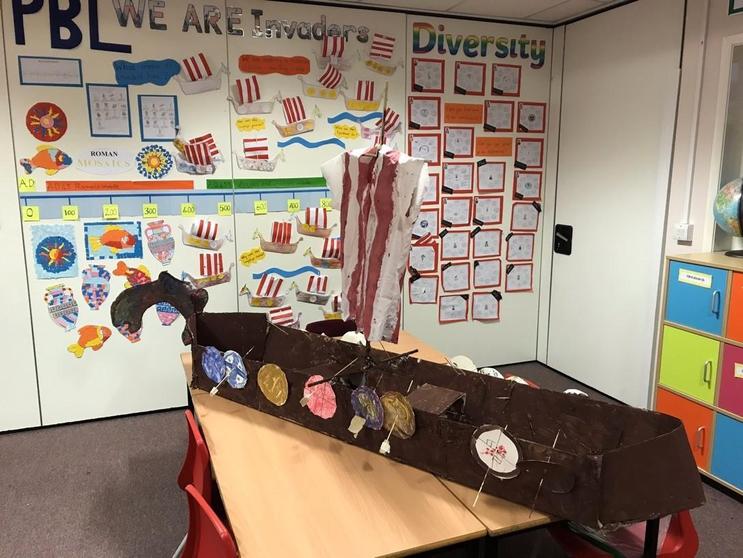