Everyone wrapped up nice and warm to share pancakes and yoghurt in the playground this week.  The children came running excitedly into the playground as this was the first Big Breakfast of the year.  As we get to springtime, we will go back to our more regular once a month events where we all get a chance to chat and catch up with those we don't usually have the time to see.

Seats were sold out for our annual film night this year.  Children, parents and other guests were seated to watch Toy Story 4 and the popcorn machine finally worked to make sure there was enough for everyone.  Thank you to those who came to support (and enjoy the film), but an extra big thank you to the members of AWP who organised and ran the event.

Click here to see the full write up on the Ainslie Wood Partnership page.

I don't want to ruin the surprise for anyone but Oak House won the token count this half term and, for their reward day today, they painted their own Christmas baubles!

Into The Forest by Year 4

Congratulations to Year 4 who wrote, created and performed their own version of Anthony Browne's 'Into the Forest'.

Children from around the school and parents were treated to the final outcome of the performance on Tuesday afternoon, as well as being treated to popcorn, oatballs and juice made and served by the catering team.

Everything in the show (including the script, the music, the props and the food) were all created by the children as part of their project and the marketing team made sure the hall was full on both occasions.

Congratulations to everyone in Year 4 for putting on such an excellent show.  See the class page for more information about the project.

Friday evening saw the coming together of another fun filled and action packed Christmas Fair.

Nikki, Sam and the AWP have been working for months to bring together the selection of crafts, stalls, food and even rides which opened to the public soon after school ended.  Children and parents were treated to cosy Christmas music, face painting and festivities inside, and the rain held off so we could enjoy fairground rides including Teacup Twirlers and a Disco Bouncy Castle outside.  It seemed that the 30+ prizes in the raffle were destined for one family as their tickets were pulled again and again from the box - turns out, the strategy to keep winning, is to have more tickets than anyone else in the box! (seems obvious now!)

The most exciting part of the evening though, was the arrival of our special guest. Santa and some of his elves took time out of their busy pre Christmas schedule to meet some of our children and give them an early Christmas prezzie.

I would like to thank Nikki, Sam and the AWP for all of their hard work and all of our parents and children for your support.  As soon as we know how much we made, we'll share the figure with you. :)

The Panto is here

Kids from across the school are reaching a crescendo of Christmas Spirit this week, as they enjoyed a special pantomime performance of Beauty and the Beast.

Christmas Dinner Week has officially become a tradition here at Ainslie Wood!  Every child gets to invite a guest to join them to munch through turkey and all the trimmings and this year, we have more guests than ever before.  Across the four days, Sharon and her team cooked and served Christmas lunch to almost 1000 people!  As we know, the children in the rest of the school also need lunch, so Sharon and her team also cook a different hot menu for them every day too!

We loved hosting you all for Christmas lunch this week, well done to the parents who returned more than once as they have children in more that one quad. We have a couple of parents with 3 children in 3 different quads, but this year, no one matched Ms Scott's title of 3 Christmas lunches in 4 days!  (January will be mostly spent in the gym I think).  We ended the week with a special staff breakfast (no more turkey please) which was also cooked by Sharon and her awesome team.

Thank you so much to Sharon and the rest of the kitchen team for all of the hard work - it's so worth it.  We look forward to doing it all again next year.

It's time for the Early Years Nativity!

Congratulations to our Nursery and Reception children for putting on such an incredible nativity this week!

The children in Early Years have been working really hard to share a new version of the nativity story which included 8 new songs which everyone learned brilliantly.  A great big thank you to the adults who worked so hard to help the children learn their lines and all of the songs and helped our children look and sound so great in their performances.  All of the children in the school got to see the show and so many parents managed to make it to at least one of the three performances.  Thank you for supporting us, as ever, it feels like Christmas can officially begin now. :)

Rock Steady are back! 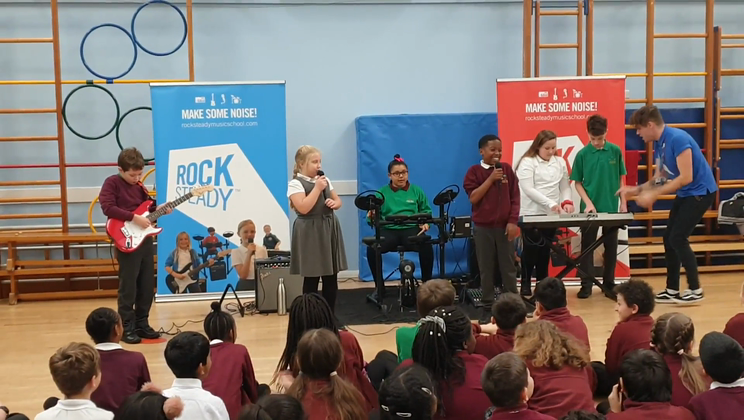 This week Rock Steady returned to Ainslie Wood to hold three music assemblies for Years 1-6. By the end of each assembly, a new band had been formed who treated us to a live performance!!

Learning to play the drums 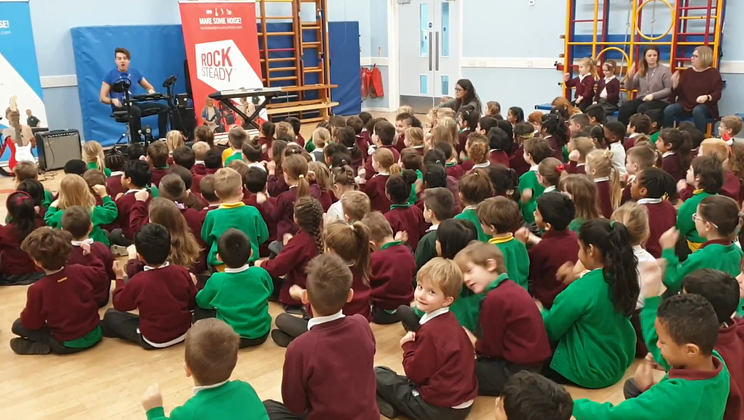 What an honour it's been to have hosted 30 students and 4 adults from China this week.

Year 5 created a comparative timeline so they could learn about significant historical events that happened in China and England at the same times.

Year 6 focused on significant people from China and England.

(click on each of the year groups to go to their learning pages and see videos from our sharing event).

By the end of the week, great friendships had been made and learning was shared in a fantastic celebration event.  Our visitors treated us to some dances and a shadow puppet show which were all a feast for the eyes. 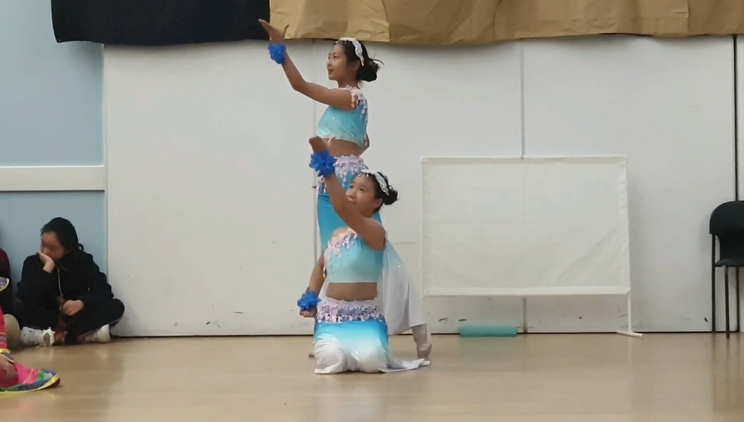 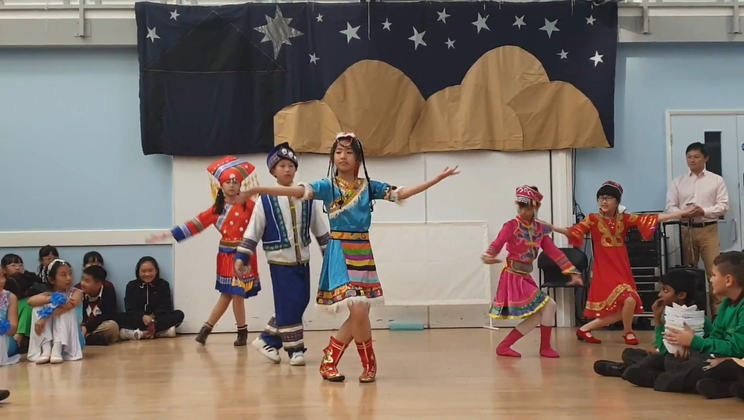 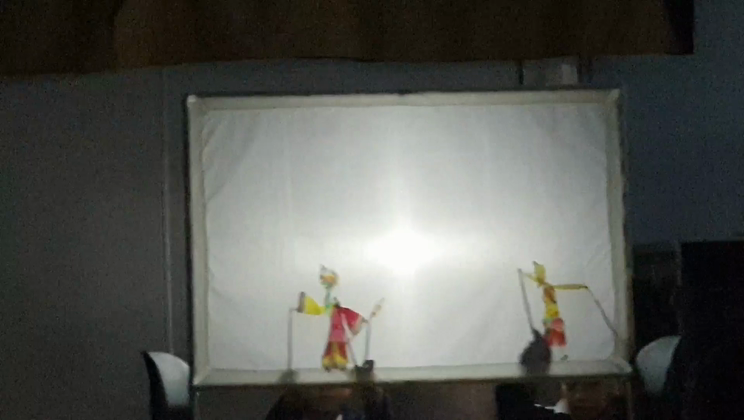 Aspiring Heads from Estonia visit in preparation for their next phase

The second visit from groups Estonian colleagues this year happened  this week.  This time, the group was made up of 11 aspiring headteachers who, as part of their course, came to spend the day with us.  The Estonian Government Department for Education (Innove) has written Ainslie Wood in to their courses for aspiring and new headteachers and we couldn't be happier to host them!  Ms Scott has been mentoring one of the aspiring heads, Kristi Mumm, since her previous visit to Ainslie Wood in 2017 - it was lovely to see her in the flesh, congratulate her on how well she is doing and support her in the next phase of applying for a headship.

The visit this week focused on topics like; 'Leading Changes at a School', 'Life as a Headteacher', 'How to Motivate your Staff' and 'Building Cooperation with Parents'.  There was also plenty of time for our visitors to look around the school and to see learning in action.  They were particularly impressed by how confident and polite our pupils were and that they were so open to sharing their learning with them.

Thanks to everyone for continuing to be so open and welcoming to our international visitors.

Maple House are the Token Winners!

Well done Maple House for winning the first token count of the year!

The children from Years 1-6 collected tokens across the first half term and made sure they were in the token tubes in time for the count last Friday.  Maple only came first in 2 out of the 4 categories - showing themselves to have the best manners and able to show the most respect this half term, but they had gathered enough tokens overall to beat their closest rival (Willow) by 15 tokens.

Their prize was to learn to be a forensic scientist and solve some terrible crimes!

Watch out criminals, we seem to have the next generation of crime solvers growing here at Ainslie Wood.

Year 6 are currently forming their team and building their confidence on their 5 day residential at PGL Liddington.  Read their daily blog here...

Ainslie Wood are in the Parliamentary Review

There will be a gala celebration at The Houses of Parliament on 31st October (Brexit night!) which Ms Scott and Marc Brown (our Chair of Governors) will attend.  Keep a look out for further updates.